The Art of Mummification in Ancient Egypt

This separation was more intense at the plantar side of the foot. At D14 the greenish discoloration had expanded to the whole LL, the slippage of the skin was present in many parts of the LL, the epidermis began to separate at some points from the underlying dermis.

Putrefactive dehiscence on the skin was also observed Fig. At D19, the colour of the LL had turned to dark green and sporadically grey and brown. The skin at the dorsal part of the foot was completely detached and the underlying tissues for example, muscles, tendons, and veins were clearly observable. After D25, a crust of salt started to form on the LL and the desiccated tissues and skin started to take a leathery appearance at the toes and foot.

After 40 days the LL was not completely dehydrated. It had a yellowish appearance with patches of dark green, brown and red colouration. At D60 this leathery appearance is present on the whole LL, the colour is homogenously brown and the foot shows signs of dehydration whereas the region of the thigh was still not dehydrated Fig. After 60 days of experimental mummification, the macroscopic picture changed minimally.

At the end of the experiment, D, the foot was significantly shrunken and dehydrated whereas the thigh had not reached complete dehydration and mummification Fig. The LL weighted 6. Changes on the weight of the LL during the mummification. On day 11 and 14 there was a significant decrease on the pH both, in the AA from 9. After day 14 the pH steadily increased, whereas after day 60 and until the end of the experiment only minimal changes were recorded.

The mean LL temperature recorded was There was a significant increase of 8 degrees from day 1 to day 3 and a decrease of 3 degrees from day 25 to day 32 Fig. The mean temperature inside the fume hood was The humidity on the other hand, did not remain steady during the experiment. Changes on the temperature and the relative humidity inside the hood where the experiment was held. Pearson correlation was used to explore the differences between the environmental parameters and the changes on the pH, temperature and weight of the LL.

A multivariate analysis of the observations was performed by a principal component analysis PCA , where two factors were extracted explaining The first factor explains In the first factor, the pH, time and relative air humidity show a high positive correlation versus the weight and external temperature, which are negatively correlated Table 4 , Fig.

In the second factor, the steadily decreasing temperature of the LL explains most of the variance. Bivariate plot of the first two principal components from the PCA. 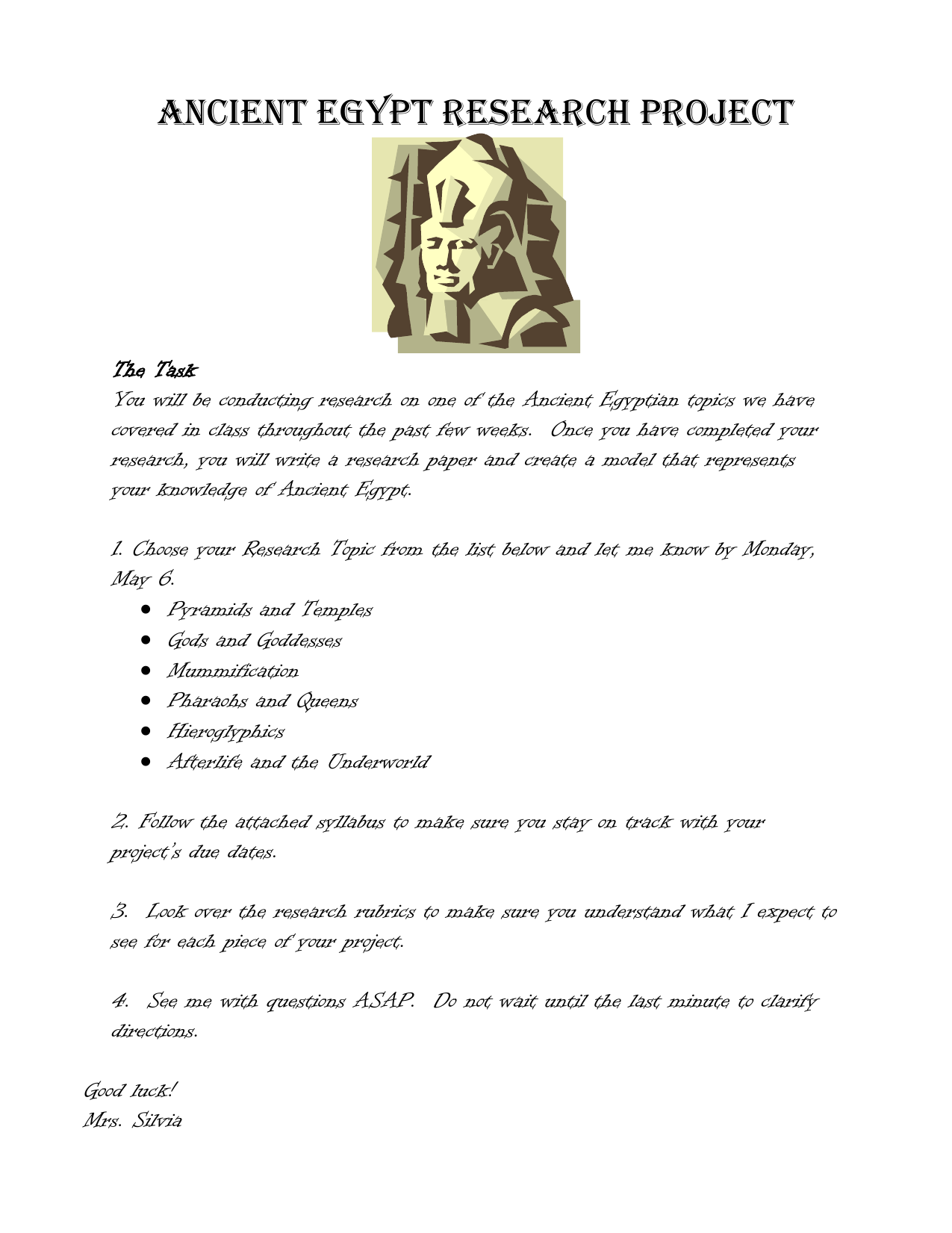 Each dot shows one of the 18 observations; the numbers ascribed to them are the observation days. Factor 2 shows that after defrosting, the temperature of LL kept stable with changes from D25 to D32 to D38, and a final decrease from D onwards. The histological examination reveals, in general, surprisingly good preservation of the mummified tissue even after days of the experiment.

The muscle fibres were morphologically unchanged although, as shown in Fig. The epimysium, connective tissue that surrounds the muscle fibres, showed minimal changes. The nuclei of the muscle cells were clearly stained until the end of the experiment. The skin was similarly well preserved although structural changes were more intense compared with the muscle Fig. The five layers of the epidermis were not easily discernible; after the third day the stratum corneum was sporadically detached from the underlying layers and after the D14 was clearly seen as a separate structure.

The stratum granulosum and spinosum were still present and cell nuclei were stained. The dermis was shrunken and structures, such as the vascular networks of the papillary dermis and the free sensory nerve endings, were not discernible. The nuclei circled in E of the muscle cells are clearly stained until the end of the experiment. The five layers of the epidermis are not easily discernible at the end of the experiment; the stratum corneum is detached from the underlying layers, the stratum granulosum and spinosum are still present and the cell nuclei are stained.

The dermis is shrunken and structures such as the vascular networks of the papillary dermis and the free sensory nerve endings are not visible. The histological sections taken from the part of the limb that was not radiologically analysed showed a better preservation compared with the sections from the limb that was regularly disturbed for sampling and for CT and MRI analysis. Figure 10 shows the good preservation of the skin after days of experiment. Tissues were equally shrunken but the section from the undisturbed part shows less structural destruction; the stratum corneum was not separated and the layers of the epidermis were still clearly observable, the cell nuclei were better stained, even in the layers of the dermis, and morphologically were more intact.

On the first section A one may observe less structural destruction; the stratum corneum is not separated and the layers of the epidermis are clearly observable the cell nuclei are better stained even in the layers of the dermis, and morphologically are more intact. After D the samples for the histological analyses were divided and one part was rehydrated using the Ruffer rehydration method and one part was further analysed without rehydration.

The sections were better stained and the morphological structures were more discernible Fig. The rehydrated sections are better stained and the morphological structures are more easily discernible. The samples appeared slightly dehydrated at D The wall thicknesses of blood vessel in the muscle sample were approximately 30 microns Fig.

Skin cells were observable only at the beginning of the experiment Fig. Microcracks were observable both in D1 and D60 although those from D60 were larger. The crack is a result of the sample preparation since mummification has not taken place at this stage.

Based on ancient historical reports and previous experiments Brier and Wade, ; Zimmerman et al. The ancient mummification method had changed during the years of application Adams, and, as Herodotus 5 th c. BC reports, different techniques were applied depending on the price Adams, After days embedded in natron the LL was mummified although it was not entirely dehydrated.

According to Herodotus 5 th c. BC the body was laid in natron for 70 days. However, there is much debate about this. Brier and Wade , who considered other historical sources for example, Diodorus Siculus 1st c. BC , suggest that the body was left in natron for no more than 40 days and no less than 30 days.

In our experiment, after 40 days the LL was far from being dehydrated and mummified. It did not have a leathery appearance, the colour was yellow with dark green and brown patches and a layer of salt has started to form all over it.

Greenish and brown patches are usually caused by blood concentration and the reaction of hydrogen sulfide with the haemoglobin to form sulfhemoglobin, a greenish pigment that gives the greenish colouration to the bodies at the first stages of decomposition Lee Goff, No signs of severe decay were evident, suggesting that the natron had minimised the activity of the anaerobic bacteria, which normally start their activity shortly after death. The reduced bacteria activity may also be due to the immediate amputation of the LL from the donor's body, since most of the anaerobic bacteria in mammals are present in the intestines.

Even today, salt is being used for the preservation of modern anatomical animal specimens for educational purposes; salt as a fixation medium is nontoxic, cheap, easy to use, and preserves the specimens' quality to a high extent Friker et al. In the experiment of Brier and Wade , the body was mummified after 35 days in natron, the skin on the foot and arms had a leathery appearance similar to that of the present study, but the gluteus maximus was soft at touch suggesting the presence of moisture in the large muscles.

gonzalezmarin.com/3837.php The LL limb has reached a similar stage of mummification to that of Brier and Wade's 35 day only after 60 days of experiment. Brier and Wade attribute the presence of moisture, especially beneath the body, on the lack of air circulation that could assist the evaporation of the body fluids and suggested the addition of more natron especially on the lower surface of the body.

We attribute this lack of dehydration to the increased humidity inside the hood and the lack of air circulation especially under the LL.

Absence of humidity and continuous availability of a hot dry current of air are necessary for mummification; dehydration should commence before putrefaction starts. Therefore, most natural mummifications, both in forensic and historical context, are found in arid environments Galloway et al. Additionally, we bear in mind that the transport of the LL on each observation day, of about 4 h to the hospital for the CT and MRI analysis, had a negative effect on the mummification process.

The temperature of the LL was increased afterwards—as macroscopically observed. Thus, the transport may have increased the decomposition rate. Indirect evidence for this is the better preservation observed on the skin and muscle tissue from the part of the LL that did not undergo any radiological and macroscopic examination. Better results, in terms of tissue mummification, were achieved with animal cadavers Lucas, b ; Garner, ; Ikram, Notman and Aufderheide have mummified a 17 kg dog in natron and the mummification lasted days.

The weight reduction ca. Using a long bronze wire tool with a hooked end, we attempted to extract the brain, by hooking the tissue in a manner similar to Leek's first procedure. This was found ineffective. Small pieces of the meninges were removed as the dura mater tore, but very little else adhered to the hook when it was removed. We repeatedly inserted the hook, but soon we became convinced that the brain could not be removed in this manner.

Our final trial was on another intact specimen. Following the same procedure as before, we reached the brain from the nasal sinus area, but this time we attempted to flush the brain out by infusing the cranium with water using the positive pressure of a hydraspirator. This, too, was unsuccessful. The water and pressure exerted by the force distended the soft tissues around the orbital area of the face.

No brain tissue came out. We were now convinced that irrigation with water was not the key to the removal of the brain, but rather that maceration as described by Sudhoff was the crucial element. On May 24, we attempted both the removal of the brain and the evisceration of the body cavities in the manner we feel is the most like that performed by the ancient Egyptian embalmers.